The waters off the San Francisco Coastline can be rough, wild and even extremely dangerous. Large waves pound our shoreline, strong tidal currents create rips and eddies and carry sediments from the Delta and deposit it into shallow shoals. There is even the occasional Great White Shark to remind us that our city is perched on the edge of an oceanic wilderness.  But to mariners another danger lurks offshore. 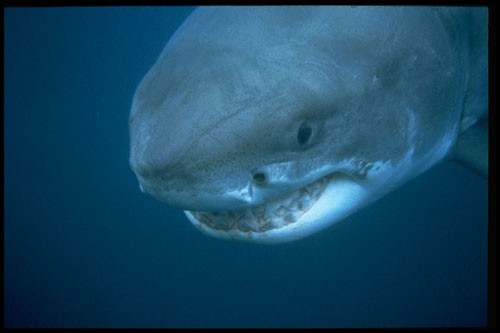 The strong spring winds create a sea of white caps, and generate a phenomenon called upwelling, sucking nutrient rich waters from the depths and producing a rich and abundant ocean ecosystem. October is the quiet time; a kind of resting period and the sea is much calmer.  This is also a transitional time, when the northern sea birds begin to arrive from the northern feeding areas, and the southern birds depart for warmer climes. Only remnants of krill remain after the upwelling, the tiny crustaceans that sustain the largest whales such as the Blue, and the smallest of seabirds like the Cassin’s Auklet. Humpback whales and the occasional Fin whale can be seen spouting before they leave the Sanctuary waters, making way for migratory California Grey Whales.
On the clear days we can see the jagged outline of the South Farallon Islands perched like a ship on the edge of the horizon.  Few San Franciscans ever have the opportunity to visit the islands, and I wonder how many southbound commuters on the Golden Gate Bridge glance westwards and see the islands, never knowing what stories they have.
Known by mariners as the Devil’s Teeth, the Farallon Islands hold a rich history of exploration, exploitation and conservation.
Located 27 miles from the Golden Gate Bridge, the Farallon Islands are rugged, weather carved cliffs and granitic spires sculpted by wind and waves. Actually a chain of islands encompassing 140 acres, the islands include the tiny middle Farallon (known to mariners as the Pimple), the smaller grouping of the North Farallones and the submerged Fanny Shoals. The largest is South Farallon Island that is actually two islands separated by a channel, Maintop and the largest and only inhabited Southeast Island. These islands were sheared away from the Sierra Nevada around 30 million years ago and have drifted their way north to their current position.  Located on the pacific plate, these islands are just a few miles from the edge of the continental shelf.
Originally discovered by Sir Francis Drake in 1595, the islands were charted by the Portuguese navigator Vizcaino in 1603. The Farallones were promptly avoided by the galleons making landfall from the Philippines to avoid disaster. It is believed that their dangerous presence lead mariners to skirt far offshore leading to the late discovery of the San Francisco Bay by land in 1769 in what is now Pacifica.

Their name, Los Farallones translates as rocks or pillars from the sea, but mariners refer to these rocky spires and outcrops as the Devils Teeth.
These treacherous islands lurking in the fog have been responsible for countless shipwrecks even in the modern day.
A Liberty troop ship ran aground in 1944 and just recently a yacht was caught inside by large surf leading to the deaths of 3 mariners.
The U.S. Fish and Wildlife Service manages SEFI and the rest of the Farallon Islands. The Gulf of the Farallones National Marine Sanctuary manages the water surrounding the islands.  The non profit Point Reyes bird Observatory (now Point Blue) occupies the former lighthouse keeper’s headquarters, conducting research and observations on the birds and other wildlife on and around the island.During the Gold Rush men harvested and sold the eggs of the Common Murre which nests on the islands, to exploded population in San Francisco, leading to gun battles over the resource. These opportunists reduced the population of murres from an estimated million birds to a mere handful. The rebound of these sea birds is a conservation success story, and pairs of the funny penguin-like bird can now be seen swimming on the San Francisco Bay. 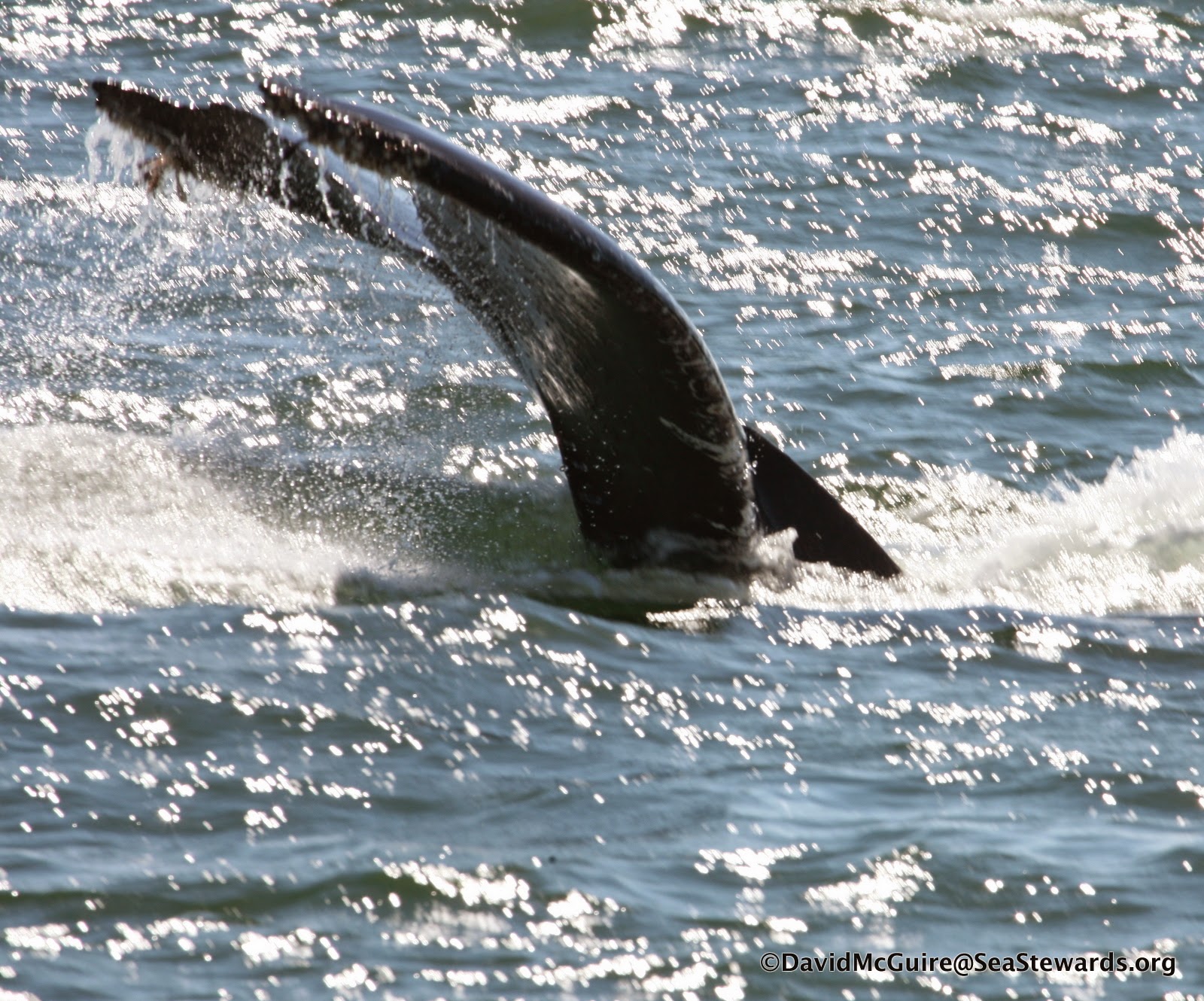 The islands host unique populations of plants, salamanders and insects as well as being a stopover site for hundreds of species of migrant and vagrant land birds. The islands host the largest seabird breeding colony in the contiguous United States with over 300,000 seabirds of 13 species.  SEFI is an important haul-out and breeding site for five species of pinnipeds (seals and sea lions), as well as a major focal point for our white sharks. A conservation success is the return of the once locally extinct Northern Fur Seal hunted with other seals and sea lions by fur traders in the early 1800s. These and the still rare Stellar’s Sea Lions can now be seen hauled out on the low rock ledges of the island. The favorite food of the great white shark, elephant seals are also recovering and the large males can be seen courting languid females. These large fat seals give birth soon and the white sharks circle the waters near shore searching for a meal.
Recently a proposal to remove mice on the island by poisoned baiting has raised concern among conservationists. Invasive house mice have attracted burrowing owls from the mainland. These resident owls also forage on the eggs and chicks of the Ashy Storm Petrel, threatening an already threatened species. Half of the world’s population of Ashy storm petrels breed on the Refuge. The management challenges of this proposal exemplify the integrated nature of the food web and our ability to disrupt it inadvertently and intentionally.
Every Sharktober I lead a few unique trips out to the Gulf each year watching for the wildlife and discussing sharks. On lucky occasion we even get to see a shark.
If you can’t join our expedition, you can even see the wildness on the web cam placed there by the California Academy of Sciences.
Please support our Shark Sanctuary Program or join us on a Farallon Island Expedition! 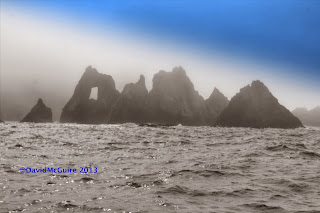