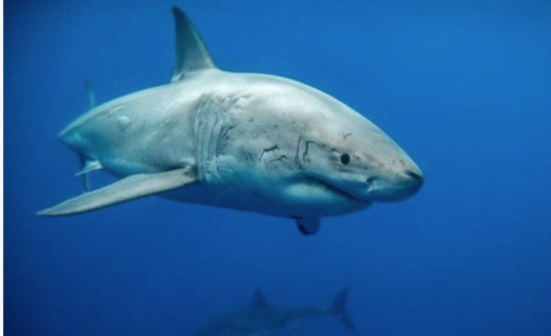 Join us for an exciting presentation by David McGuire, Founder of Shark Stewards. Mr. McGuire will discuss his research and work to save and protect sharks around the world. Sharks are an apex species, critical to the health of ocean ecosystems, yet shark populations are under relentless pressure. An estimated 73,000,000 – 100,000,000 sharks are killed for their fins each year. There is much to be done and each of us can play a role. Please come ready to learn and discover a new or deeper fascination with sharks!

Mr. McGuire is the Founder and Director of the shark and marine conservation nonprofit, Shark Stewards. A marine biologist, David is a National Geographic Explorer and a research associate at the California Academy of Sciences where he conducts shark studies and media production in San Francisco Bay and in SE Asia. Shark Stewards introduced the first North American shark fin trade ban in California and led several states and international movements limiting the overfishing of sharks and the shark fin trade. Shark Stewards actively partners with NOAA and the Ocean Protection Council in our California marine protected areas, where he is Co-chair of a California MPA collaborative committee. A documentary filmmaker, David received an Emmy for Field Production and Camera on the documentary “Reefs to Rainforests” and has numerous awards for his conservation documentaries. He is a National Geographic Explorer with an adventure column and has written and contributed to numerous publications.