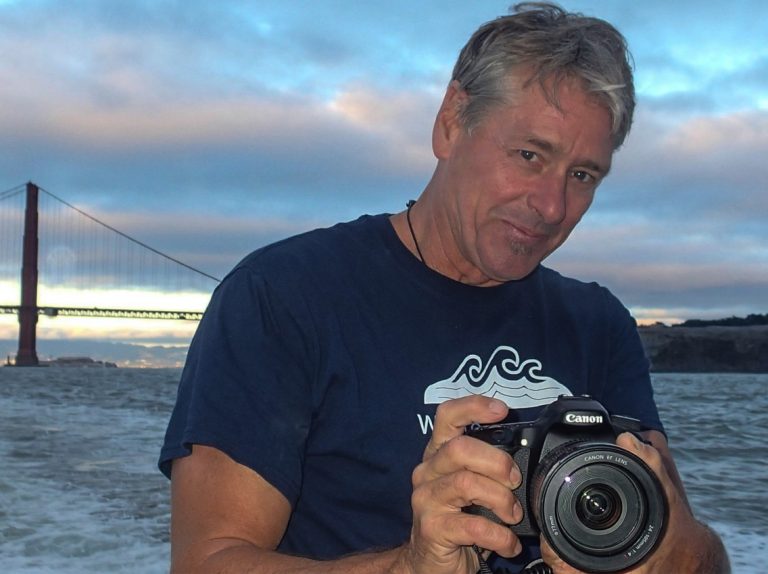 We’re proud to host the Founder and Director of Shark Stewards, a project of the Earth Island Institute. In 2003, his non-profit introduced the California shark fin trade ban and has led several states and international movements limiting overfishing of sharks and shark fin trade.

David is an Adjunct Professor at the University of San Francisco, teaching marine policy, and a research associate at the California Academy of Sciences, conducting shark research studies in San Francisco Bay and in Malaysia. He also works in education and monitoring with the Ocean Protection Council and the California Department of Fish and Wildlife in our state marine- protected areas, and with NOAA in West Coast National Marine Sanctuaries.

David said, “An estimated 73 to 100 million sharks are killed for their fins each year. There is much to be done and each of us can play a role.”

David has written many articles and three books:

He’s also produced several award-winning documentaries on sharks, diving, and adventure, and has been involved with the International Ocean Film Festival San Francisco since 2007.

Join him on Wednesday, October 13 from 7:00 to 8:30pm to learn and discover a new or deeper fascination with sharks. Read more: https://sharkstewards.org/